Like an Opera dessert from InterContinental Sydney. Picture Supplied

It’s often the most anticipated course on the menu, so creating desserts that really ‘wow’ diners is a must. And while in the days of Instagram coming up with delicious aesthetically pleasing offerings to satisfy sweet-tooths may be a constant challenge for pastry chefs, it’s one which they relish.

Jo Ward, who is executive pastry chef at Om Nom in Melbourne’s Adelphi Hotel, says the trick to a good dessert is contrast and balance. “A dessert needs to engage more than just one sense, it should be visually appealing, smell good and have a contrast in texture and flavour,” she says.

When it comes to trends, Ward says pastry chefs are increasingly introducing savoury aspects to desserts. “I love incorporating savoury elements into sweet dishes and surprising people,” she says. “I find using salt and savoury elements such as basil, rosemary and sesame creates the perfect contrast to the sweet, making for a well-balanced dessert.”

One of the most popular desserts offered at Om Nom is the Passionista, which is made with passionfruit and basil. But the best-selling desserts are chocolate-based, including the Om Nom Choc Nut Bomb 2.0, which consists of peanut butter parfait, peanut butter powder, chocolate coated rice bubbles, raspberry fluid gel, dehydrated chocolate mousse.

Chocolate is also the most popular dessert offering at the QT Melbourne, where the highlight dish is the Rustic Chocolate Stove – a funky chocolate caramel hazelnut cake that looks like a kitchen stove with pots and a spoon. Executive pastry chef Youseff Aderdour says classic “old school” comfort desserts with a modern touch are in vogue.

Bannisters Hotels senior sous and head of pastry chef Emma-Kate Hoskins says when making a good dessert you should stick to a maximum of three key flavours. “Always use the seasons and remember classic flavour matches like apple and blackberry, chocolate and orange, caramel and nuts and so on,” she says.

Hoskins, who oversees the pastry team at Rick Stein at Bannisters in Mollymook, says the restaurant’s ethos of simple dishes with classic flavours carries through to the dessert menu. Its most ordered dessert is its Free-Standing Passionfruit Brulee with Coconut and Kaffir Lime Sorbet, Strawberries and a White Chocolate Snow. “Crème Brulee is a great example of simple, classical cooking,” Hoskins says. “It’s a guaranteed crowd pleaser!”

The Raisin Ice-cream with Pedro Xiemenez Sherry and Espresso is also popular. “Rick thought it would be a great idea to expand on the idea of an Affogato in the Rick Stein’s Spanish Cookbook,” Hoskins says. “We steep the raisins in the sherry and mix it through the fresh churned vanilla bean ice-cream. Rick says that the Pedro Xiemenez sherry is so sweet and rich it flows over the ice-cream like olive oil. We also have Rick’s signature Hot Chocolate Fondant on the menu. The recipe originates from the Seafood Restaurant, Padstow (in the UK).  It doesn’t get more indulgent than this classic melt in the middle chocolate dessert. We use Valrhona Manjari Chocolate in our fondants. I love nothing more than turning out a perfect chocolate fondant and letting the enticing aroma proceed from the kitchen to the customer at the table.”

Instagram has become a key tool for chefs to keep on top of trends, and Hoskins says mirror-glazed desserts are huge. “We use this technique sometimes at Bannisters like our Peach Melba tart for Australia Day, our Raspberry Petit Gateaux for Valentine’s Day and our Triple Chocolate Tart has a third layer of chocolate mirror glaze which gives it the perfect finish and fineness,” she says.

Simon Veauvy, who is head pastry chef at the InterContinental Sydney, also loves the concept of themed desserts. Last year he and his team created a special dessert for the hotel group’s 70th anniversary, Like an Opera, inspired by the architecture of the Sydney Opera House. It fused hazelnut milk chocolate dacquoise, crunchy Hazelnut praline, roasted hazelnut, fresh passionfruit pulp, Jivra 40 per cent milk chocolate mousse, passionfruit milk chocolate ganache and crazy milk chocolate shade. It was such a success they plan to recreate it this year.

“It gave guests a great sense of location and showed off the iconic architecture of one of our icons,” Veauvy says. “It also blended plenty of flavours and textures – every layer had a new burst of crunchy hazelnut or smooth mousse, or colour.”

For Easter they offered a dessert-inspired cocktail, The Barney’s Egg, at the Supper Club bar. It is served in a chocolate Easter egg with a basket of edible flowers. “Again, this is a visual masterpiece and a collaboration between our pastry team and head bars manager to make this an Easter cocktail that also incorporates rich chocolate presented in an Easter egg with edible elements,” Veauvy says.

Veauvy believes presentation is critical to creating a ‘buzz’ in the media and on social media. “If you are strong on social networks, if you own a strong amount of followers and you are rigorous in the way you market it, then I think you can create a trend,” he says.

Riccardo Falcone, who is executive pastry chef at Fratelli Fresh in Sydney, says healthy desserts are also on trend. “Fortunately, I don’t follow the trends!” he says. “In an Italian restaurant, guests look for traditional and classic desserts, not something that is trendy. And I don’t believe desserts are supposed to be healthy!”

The dessert menu includes tiramisu, banoffee torta, panna cotta, ricotta cheesecake, the very grown-up affogato, and seven flavours of house-made gelato created by Falcone. “Banoffee torta is our signature and more popular dessert,” he says. “It has a biscotti and hazelnut base, topped with gooey caramel, whipped Chantilly cream, banana and shaved dark chocolate. It’s the winning flavour combination of banana, caramel and whipped cream. It looks lovely, too. Many customers see it being delivered to another table and say: ‘I want that!’.” 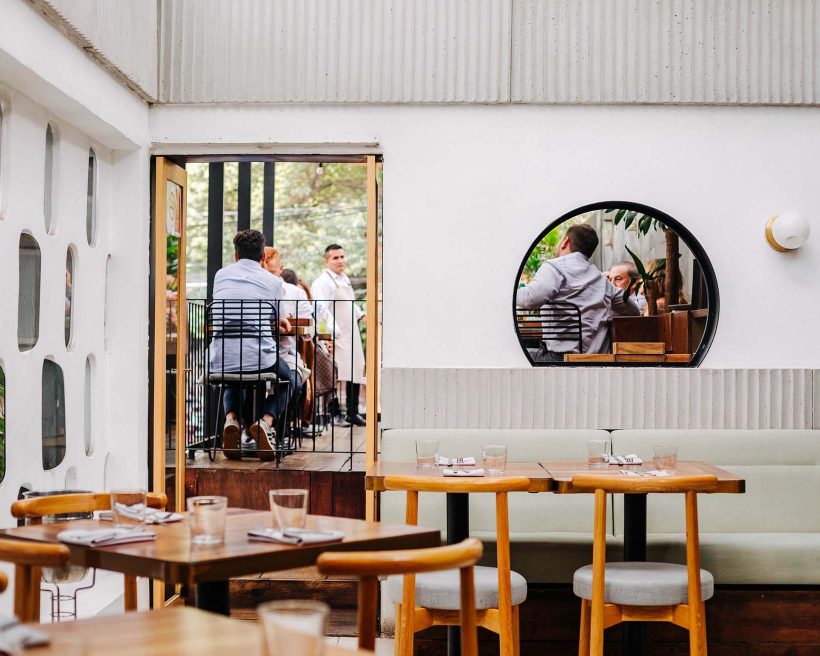 How to reduce no-shows at your restaurant

No-show diners have been a thorn in the side of restaurateurs for years. The problem became even worse during the... 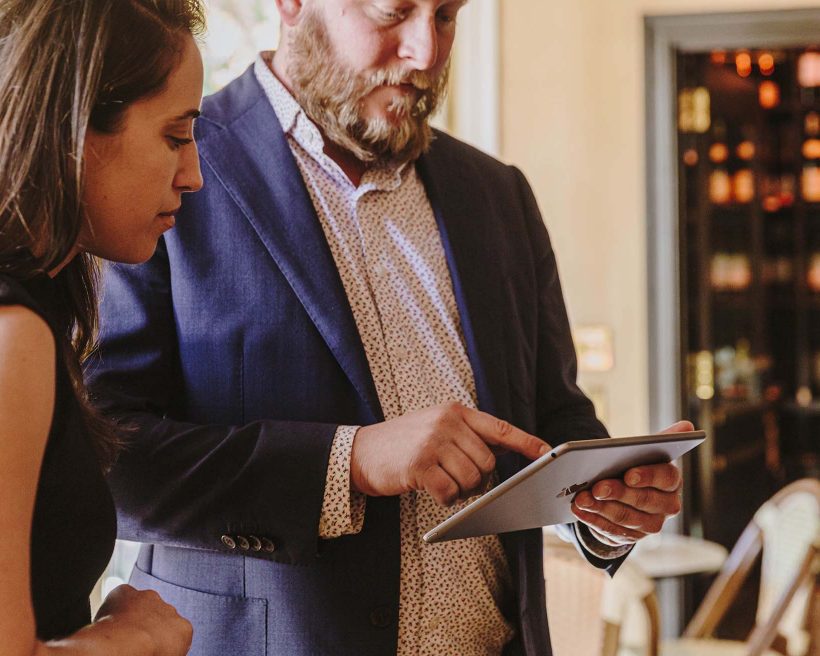 Data makes the digital world go around. Businesses in nearly all industries use customer insights to understand what their customers... 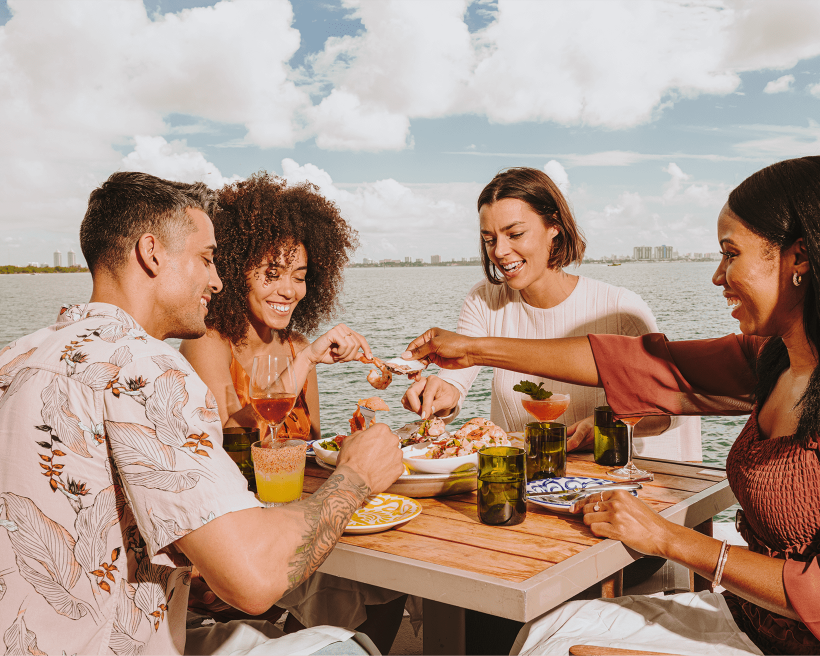 How to cook up a festive season like no other

After a year that’s served up some of the greatest challenges restaurateurs and managers have ever seen (as well as...