Diners serve up their best reviews with Sydney topping the list of most-reviewed restaurants, followed by Brisbane and Melbourne

As we set in for a summer filled with festive celebrations, OpenTable, the world’s leading online restaurant reservations platform, today unveiled their Top 50 restaurants in Australia for 2017, with Australians raising a glass in support of the best eateries in the country.

OpenTable has analysed the opinions of more than 70,000 restaurant reviews submitted by verified OpenTable diners from more than 1,500 restaurants nationally – two years since the restaurant reservation leader entered the Australian market in December, 2015.

Showcasing a range of well-established as well as several new eateries, Sydney tops the list as Australia’s foodie capital for 2017, with the harbour city securing 26 spots in the top 50. Surprisingly, Queensland’s capital city of Brisbane just edged out Victoria’s much-loved foodie haven of Melbourne, with 12 restaurants taking their place on the inaugural list (compared to 11 restaurants in Melbourne).

Lisa Hasen, VP, OpenTable, said: “The top 50 restaurants in Australia for 2017 are all renowned for their creativity, delicious dishes and impeccable service, providing uniquely memorable experiences to discerning diners time and time again. This list showcases the diversity of Australia’s restaurant scene and the array of cuisines we’re so fortunate to have on our doorstep.”

“We’re excited to see this list continue to grow over the years to come, and continue to highlight the exceptional efforts of these restaurants chefs and staff. OpenTable diner reviews have always been, and will continue to be, one of our key pillars for ensuring customers discover the right dining experience for their needs.” Hasen added.

While Australia is known for its multicultural dishes, Asian cuisines were a standout on this year’s list with over a quarter of the restaurant featured in the top 50 representing an Asian heritage. Home to a fusion of flavours, Asian cuisine was closely by Modern Australian and Italian inspired restaurants which continue to have a strong presence across the country.

The complete top 50 list may be viewed at opentable.com.au/best-restaurants-in-australia-2017/.

About OpenTable’s top 50 restaurants in Australia:

The list of the Top 50 restaurants in Australia is generated solely from diner reviews collected in the past year. All restaurants with a minimum “overall” score and number of qualifying reviews were included for consideration. Qualifying restaurants were then sorted according to a score calculated from each restaurant’s average rating in the “overall” category. 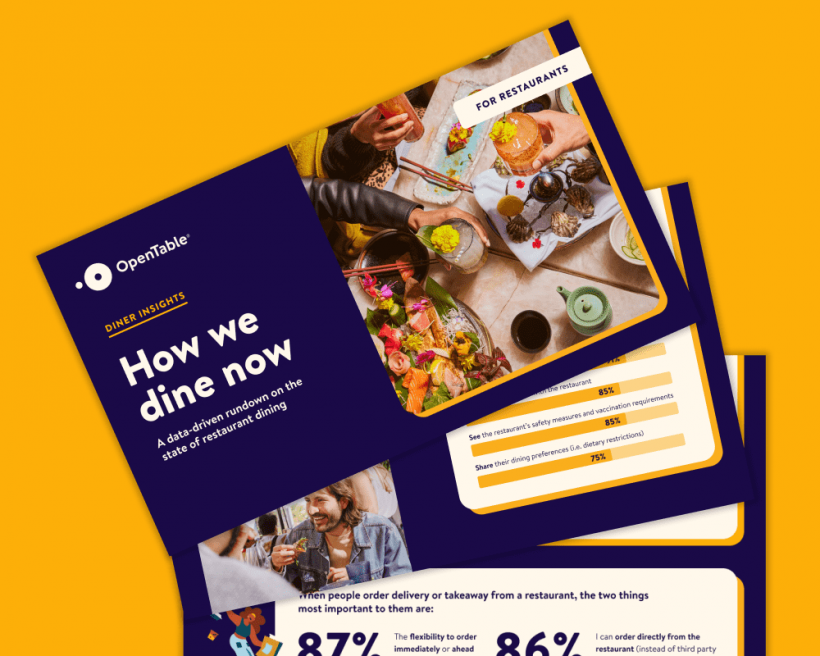 DINER INSIGHTS: How we dine now

We’re proud to be a part of DineSmart again this year, and we invite you to join us. From 21…
OpenTable ResourcesHospitalityThe Diner Reviews Are In: OpenTable’s inaugural 50 Best Restaurants in Australia 2017 #OpenTable50