It’s been nearly three decades since Justin North began his culinary career as an apprentice in New Zealand. During that time, he has seen plenty of changes in the restaurant industry and learned a lot along the way. “It’s a very challenging industry that we’re in and I think we have to be quite nimble and incredibly focused in order to make it work,” he says. “It’s a real people industry in terms of getting the right staff and keeping them inspired. I have been doing this for 30 years, so you pick up a lot of knowledge from learning from mistakes and talking to producers and suppliers. You can’t just sit back and let people go through the motions.”

North is a strong believer in challenging staff and what they’re doing every day and trying to add to their skillset – a far cry from the ‘Gordon Ramsay-era’ of shouting at staff in the kitchen. “I grew up in that era, but I guess over a decade we had to change that to leading and inspiring people and getting them excited about their career,” he says.

North first worked at Banc in Australia and then ran Becasse with his wife Georgia from 2001 to 2012. He was named GQ Chef of the Year in 2010 and Chef of the Year in 2009 by the Sydney Morning Herald Good Food Guide before his restaurant group, which then included Etch, Quarter 21 and Le Grand Café, was placed into liquidation following the global financial crisis.

“I think I have learned first-hand how challenging the industry can be,” he says. “Years ago, when I was running restaurants sometimes you can be focused on too much and mistakes happen, things slip and you just can’t see the details. A lot of restaurants or hotels are surrounding themselves with really good experts in different roles, whether that’s finance, strategy marketing or strategy to develop really good foundations for their business rather than trying to do everything for themselves. If you’re out by a couple of per cent and you don’t have razor sharp focus in every area things can get out of control very quickly.”

Alongside Will Talbot, who he worked with on the redevelopment of Hotel Centennial in Woollahra, North co-founded Concept Hospitality this year to help venues with everything from interiors and branding to menus and music. The pair have worked with hotel groups, and on pubs including Woolwich Pier Hotel. Their latest project has been a collaboration with Ovolo Hotels on the Mediterranean-style wine bar and kitchen Mister Percy, housed in the heritage-inspired designer boutique hotel Ovolo 1888 Darling Harbour.

North started discussions early in the year and fell in love with the historic building and its harbour setting, as well as the people involved. “I think it’s really important when you’re bringing a new venue to life to have quite a dynamic team of experts who can inspire and challenge you,” he says. “Ovolo are one of the few groups that really see the value in bringing in external experts and letting them focus on what they do best. It’s changing in the hotel market. In Australia we have so far to go. A lot of the hotels around are on beautiful real estate and have great service and rooms, but their food and beverage offerings are generally a secondary thought. Now there’s so much opportunity to be able to rethink those spaces and reinvent them into something more exciting and relevant to today.”

North also believes travel is a great way to keep stimulated. While he has a background in fine dining with foundations in French and European cuisine, he has been inspired by trips to Japan. A few years ago, he visited the Basque region in Spain, including San Sebastian, checking out wine bars. Most recently he travelled to Chicago, San Francisco and New York to look at hotels and determine what brands are leading the way and what they’re doing differently.

“It’s a much smaller, more interesting world now in terms of getting around and doing research,” he says. “You’re constantly trying to adapt. I’m not focused on one thing anymore. When I was at Becasse it was very French and we were always looking for ways to interpret French cuisine. Now you’re constantly challenging yourself to learn different techniques and build on those early foundations. I think travel is important. It’s not just purely food anymore, it’s a lot of look and feel. We try to rethink hospitality. But in order to rethink what’s happening in the future you also have to look back. It’s a real passion industry.” 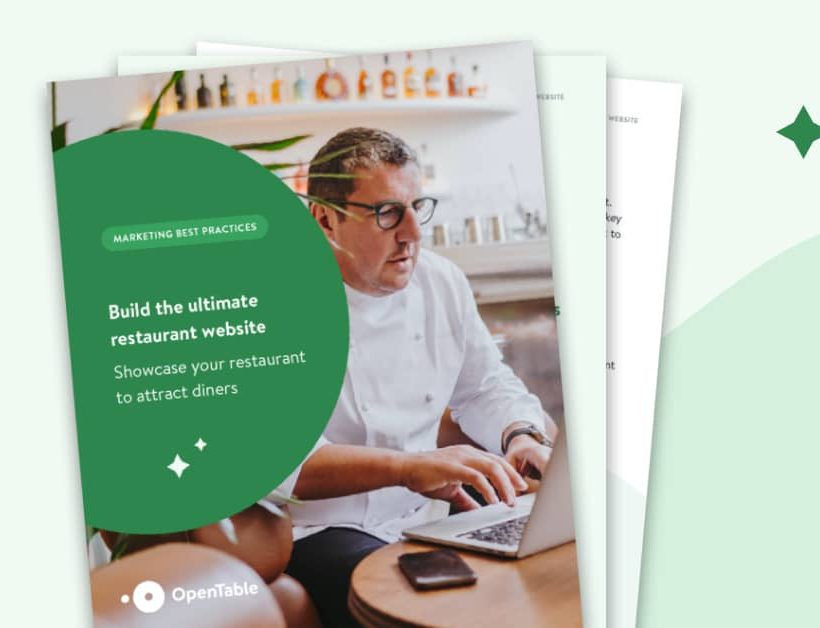 OpenTable ResourcesIndustry expertiseJustin North: ‘What I’ve learned from 30 years in the restaurant biz’