Last week, we welcomed Angie Giannakodakis (owner of Epocha and Elyros), Naomi Lindon (Marketing and Communications Manager at DELIA Group) and Kristian Klein (Business owner and co-founder of Mr. Miyagi) to our panel at the OpenTable Industry Series in Melbourne.

Moderated by our VP of Asia Pacific, Lisa Hasen, Angie, Naomi and Kristian shared their experiences on how they have thrived in the restaurant industry, and tips on strategies and avoiding pitfalls.

After a few months of operation but after the opening buzz has worn off, the next part of a restaurant’s lifecycle contains unique challenges.

Now that you have some operation under your belt, it’s likely time to make decisions that take advantage of a knowledgeable, engaged staff; maximise efficiency; and enhance your current marketing and PR strategy.

What are some strategies that you put in place to 1) stay relevant 2) identify ways to improve?

Our main thing we try to do is to be remembered.

That’s the danger you run into – not just hospitality but everything. You go through the launch phase, and you get some hype and then it’s really easy to fade off into the background because there are other Japanese restaurants within a stone’s throw away.

For me, it’s a question of “How do we stay in the forefront of people’s minds?” Not just in Japanese restaurants, but I want people to think about Mr. Miyagi when someone mentions the word restaurants. We do this through publicity stunts, or whipping out products that might be left of centre.

The big one for us, was when we did the Night Noodle Markets.

When we just started out it was a scary prospect, so I spent a lot of time before-hand thinking about how we would do it. So, we went and designed  custom packaging and other really fun stuff, and the result was that we smashed it as one of the busiest places there (by far).

I walked around and there were all these very well established restaurant brands there, and no one had their name on their packaging. And I just thought, you’ve come here and spent so much money and you’ve literally given a bowl of noodles that could be from anybody. And we’re walking around with Mr. Miyagi written all over it, with people taking a lot of photographs.

I remember thinking that our food wasn’t necessarily better than the rest but people saw it. All of a sudden people were like “I’ve seen that brand; where did you get from?” That’s 100,000 people are walking through the event that week, and that’s 100,00 people that are seeing our brand. It blew my mind that nobody had done any branding.

So we do things like that and we constantly want the brand to be remembered.

It definitely comes down to branding and marketing. It isn’t just that first three months, or first week of opening. Whatever you have, has to be sustained. It’s very important to stay current.

Can you give an example of how you embraced change to keep your business healthy?

NL: I think it’s just part of hospitality and what we do. Remember that a lot of people are change resistant.

One of the things I’ve been dealing with at the moment, is not being too precious about the brand that I helped create, Biggie Smalls.

An example of this is, our “Hot Crinkles” menu item. For us “hot crinkles” is quite a cute way of calling “hot chips” and keeps within our brand, but we’re finding out in the food truck business, (is that) there is a huge demographic that has no idea what we’re going on about.

We say “Hot crinkles” and to them, it doesn’t speak to the diners that we’re referring to hot chips. We’ve pushed and pushed, and 12 months later I’ve had to resolve myself to the fact that people want “hot chips”.  I’ve tried but people just don’t understand, which is why I’ve  had to change the name.

As soon as I had done that, the sales went through the roof. Which is why you can’t be resistant to change. Shows that little tweaks in language like that can make a difference.

Angie Giannakodakis (AG): We’ve got a Greek restaurant and I struggle with what everybody perceives as Greek. Just to change someone’s perception, can take a lot. The change aspect here is who’s going to change; do we change, or does someone else change?

We opened up a restaurant called Elyros, offering Cretan cuisine, from the island of Crete. We opened up in Camberwell and used products that were true to the cuisine. This meant that we had to change a few things. We had to decrease our prices to accommodate (the demographics). We were taking a hit but were sticking to our mantra, which is important to us.

So whenever you’re thinking about change, think about how much you’re willing to change and how much it costs to change.

Share some insights on what the thinking was behind the opening of a second venue.

NL: (For Biggie Smalls), it was Shane’s foray into casual food. He loves Maha, we all love Maha. It’s the flagship and the jewel in the crown.

He wanted to do something different from everyone else. He also loves the street culture which is so much a part of who he is. From his ridiculous collection of Nikes, through to listening to hip hop beats; something that is really different from Maha.

KK: We had to do it out of necessity. We ended up with queues up the front door down the street on a Tuesday night.

The problem was that people that wanted to eat with us faced a significant wait; up to 3 hours on a Saturday night! We had no where to send them so we were like “Hey, I know it’s going to be 3 hours, but if you pop out the door, turn left, step over the bar and go outside the supermarket” – which was fine for some people, but a lot of our clients didn’t want to do that, so we ended up losing a lot of customers.

We had the opportunity to take over the place next door which was a warehouse. I (initially) thought there was no way to knock down the walls. But we made it happen, and we build a bar next door; it was the best thing we’ve ever done!

This meant that now we can get you in and get you in the front door greeted with a big smile “Hey can’t wait to have you here” instead of saying “See you later, in 3 hours” and move them to the street. We can now show them a great experience the whole time diners are there.

Read the final part of our coverage.

If you’ve missed part one, you can catch up on it here.

Subscribe to Open for Business for updates on how to grow and thrive in the industry or download our e-book by clicking below. 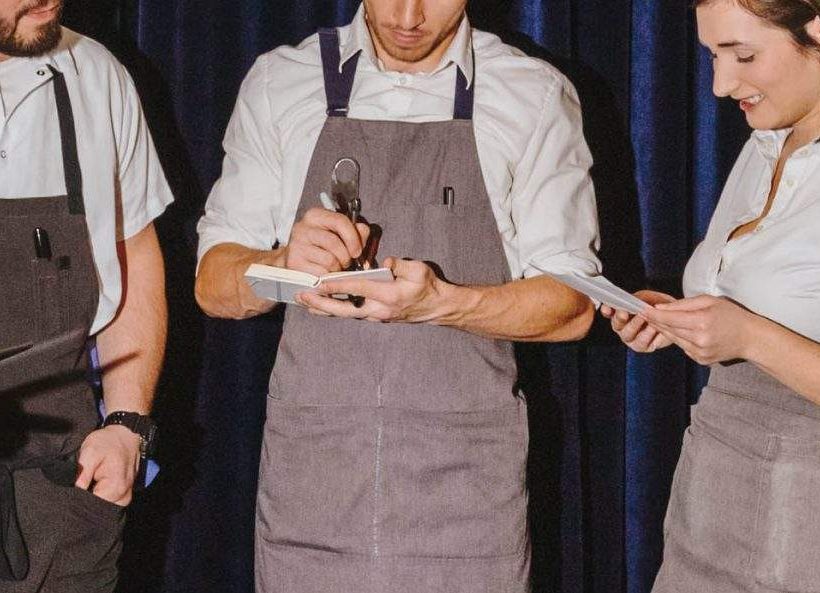 Operating a restaurant business in the face of uncertainty – Live Webcast

It is an extremely hard time for the world at the moment, with the restaurant community amongst one of those… 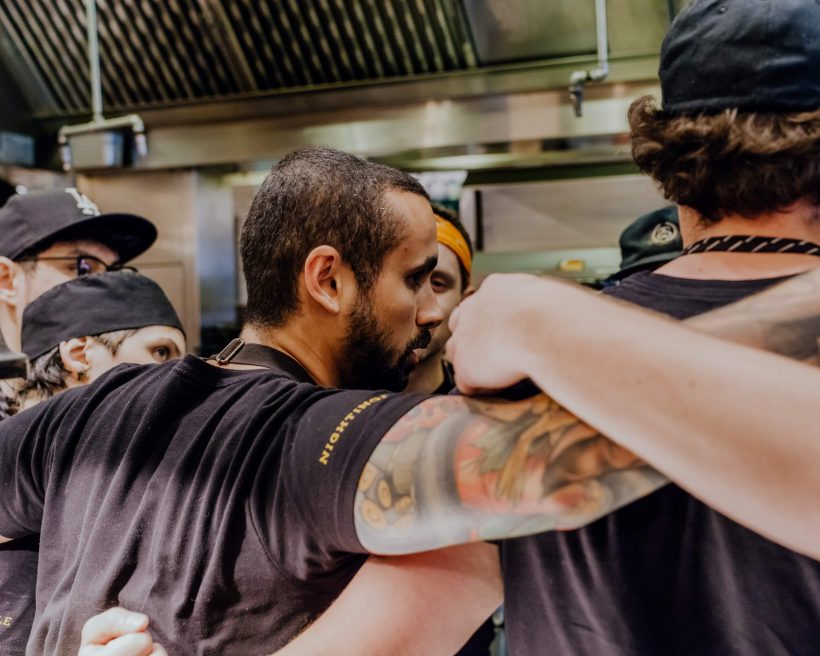 The restaurant business is not for the faint hearted. A new year presents new opportunities and new challenges for the…

As the COVID-19 pandemic keeps people home and some cities, states, and countries limit restaurant operations, the industry is facing…